Having joined Englandfans (the official England supporters group) earlier in the year, the longer term aim was to secure tickets for the 2006 World Cup in Germany. The trip stateside would form an essential part of that longer term aim, and provided travelling fans with ‘4 caps’ towards the FA’s tickets points system, and it was also to be my first England away trip. The FA had set up a summer tour to the USA and would be playing two friendlies in Chicago and New York against the USA and Colombia respectively. Although the fixtures were meaningless, I was looking forward to returning stateside having coached football out there some 6 years previous. Chicago, the “Windy City”, is located in the state of Illinois and lies on the south western shores of Lake Michigan. Famous for its skyline, jazz heritage, theatre and parks, a hotbed of football (sorry soccer) it certainly is not. Indeed for a sports mad city ‘soccer’ barely gets a look in. American football, baseball and basketball are well ahead in the pecking order and you would have no trouble locating ‘Bears’, ‘Bulls’, ‘Cubs’ and ‘White Sox’ merchandise across the city. Finding any Chicago Fire gear though was much more of a challenge! ‘Fire’ are the city’s MLS team just in case you were thinking I was on the lookout for some emergency services clothing.

Toyota Park is the home of the ‘Chicago Fire’, but with a meagre 20,000 capacity the friendly against USA was to take place at the home of the Chicago Bears’ Soldier Field Stadium. Probably the only time I will watch football in a stadium not built for soccer! 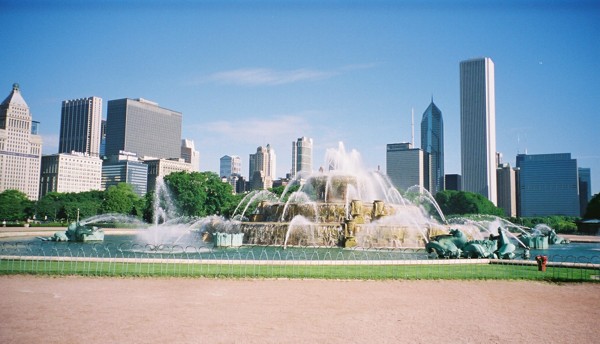 With a day to kill before the game I hammered the sightseeing, and Chicago is a tourists dream. With its lakeside setting, dramatic skyline views, city beaches, decent climate, and a shed load of photo opportunities it certainly ticked all the boxes. A trip to Chicago isn’t complete without a trek to the top of the Sears Tower. By trek I mean taking the lift. The Sears Tower (or the Willis Tower as it is now known) is a 108 storey skyscraper that towers 527m above street level. It’s still the tallest building in the USA and currently the 7th tallest in the world. Views from the top are spectacular. 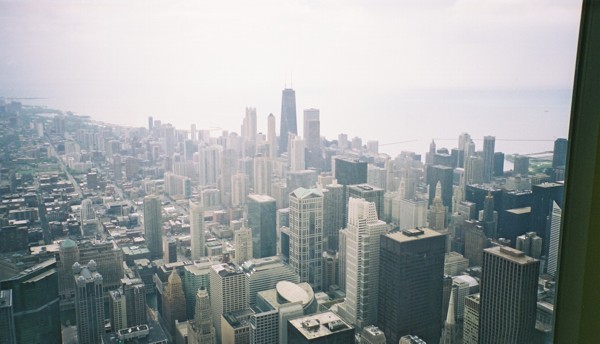 View of downtown Chicago from the Sears Tower… 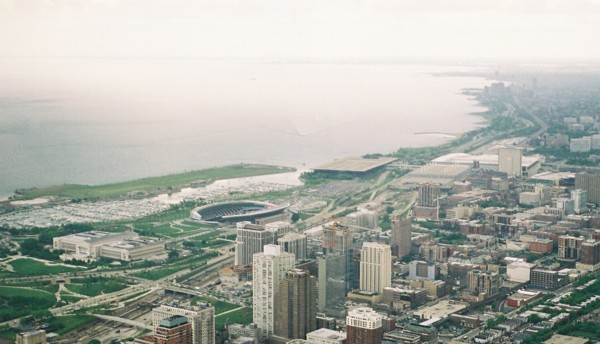 After making it back to ground level, the boat trip out onto Lake Michigan comes highly recommended. The boat trip departs from the Navy Pier and provides the city skyline view that you can’t get from the mainland (or at least one that will fit into your camera viewfinder).

Anyway enough of the sightseeing – this is a football website!

A respectable crowd of 47,637 turned up at the Soldier Field stadium, and there was a decent away following that had made the journey across the pond. England’s team line up reflected the seriousness of the occasion and included players such as Kieran Richardson (who was making his full debut), Wes Brown, Alan Smith, Jermaine Jenas, Andy Johnson and Zat Knight. The big names were clearly being saved for the game three days later in New York against Colombia!

Kieran Richardson took full advantage of the missing big names and had an England debut any school kid would have dreamed of – scoring both England’s goals in a 2-1 win. The first through a well executed free kick (4’) and the second coming just before the break (44’) to give England a 2-nil half time lead. USA managed to pull one back in the 2nd half through a close range header on 79’ from the then unknown Clint Dempsey (New England Revolution).

Following that stand out debut performance it would be hard to imagine that Richardson would only go on to get 7 more caps for his country, and that this game would end up being his only start. His 7 remaining appearances would come as a substitute and he never got more than 25 minutes! His last cap came in 2006 only 12 months later in a friendly against Holland in Amsterdam.

One thing that i remember clearly from this game was that US sport is geared for eating and drinking from the comfort of your stadium seat. We were literally encourgaed to take large beakers of beer back to your seats – the seat design not only incorporated plenty of leg room but also a cup holder (as you would get in the cinema) to make things more convenient for the fan. There was almost a feeling of guilt as I turned my back on the concourse (where you would usually enjoy a swift half time pint) and made my way to me seat to enjoy the veiws out across the stadium. Drinking beer in the stands at football with a cup holder to boot – an England fan’s dream! Premier League take note!