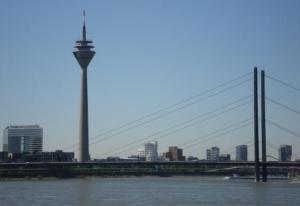 Our 3rd game in three days would see us take in USA v Czech Republic at the Veltins Arena in Gelsenkirchen, home of FC Schalke. Tickets for this were purchased officially through the FIFA ticket site so we didn’t have the same concerns experienced the previous day in sourcing tickets for Portugal v Angola.

The day started with a wander round Dusseldorf city centre and the banks of the Rhine River, from here you get fantastic views back across to the city and the famous TV tower or ‘Rheinturm’ as it’s more commonly known. There was time for a few early afternoon beers in the warm sunshine before we headed off to the neighbouring city of Gelsenkirchen.

Easily reachable by train, Gelsenkirchen is only 30 minutes away. Unbeknown to us at the time, and unfortunately not so easily reachable is the actual stadium. The Veltins Arena is a fantastic new stadium, but sits about 4 miles to the north of the centre and like many of the new-build stadiums these days sits well away in the middle of nowhere.

As we exited the ‘hauptbahnhof’ there were a number of buses waiting to transport fans out to the arena. Seeming fairly straightforward we jumped on the bus and took our seats. A few minutes into the transfer we were caught up in heavy traffic, and the bus barely moved for about 20 minutes. The baking hot sunshine soon turned the packed bus into a mobile greenhouse – no available windows to open, no air conditioning, and no sign of the next bus stop. It was like being locked in a sauna and not being able to get out when you know you’ve had enough.

Reaching the unbearable after about 30 minutes, we had to get out at the next stop before we passed out! Although relieved to get off the bus and get some fresh air we then realised we were still a 2 mile walk away from the stadium with kick off now fast approaching.

We missed the kickoff but arrived in our seats in the upper tier just in time to see Jan Koeller score an early headed goal for the Czech Republic after 5 minutes. Tomas Rosicky doubled their lead on 36’ with a 30 yarder, and then followed that up with his second and the Czech’s 3rd on 76’. This was probably one of the most open and attacking group games seen in at this point of the tournament, and the star of the show was Pavel Nedved who put on a midfield master class. The Czechs were really impressive, and it was hard to imagine at this point that they would fail to get out of the group. They went onto to lose their next two games to Ghana and Italy.

Despite its location, the Veltin’s Arena is a visually impressive well designed stadium. Famous for its retractable roof – which was closed for this game – the other unique design spec is that the pitch can also be removed in one piece by sliding it out on casters underneath the stands and outside the ground. 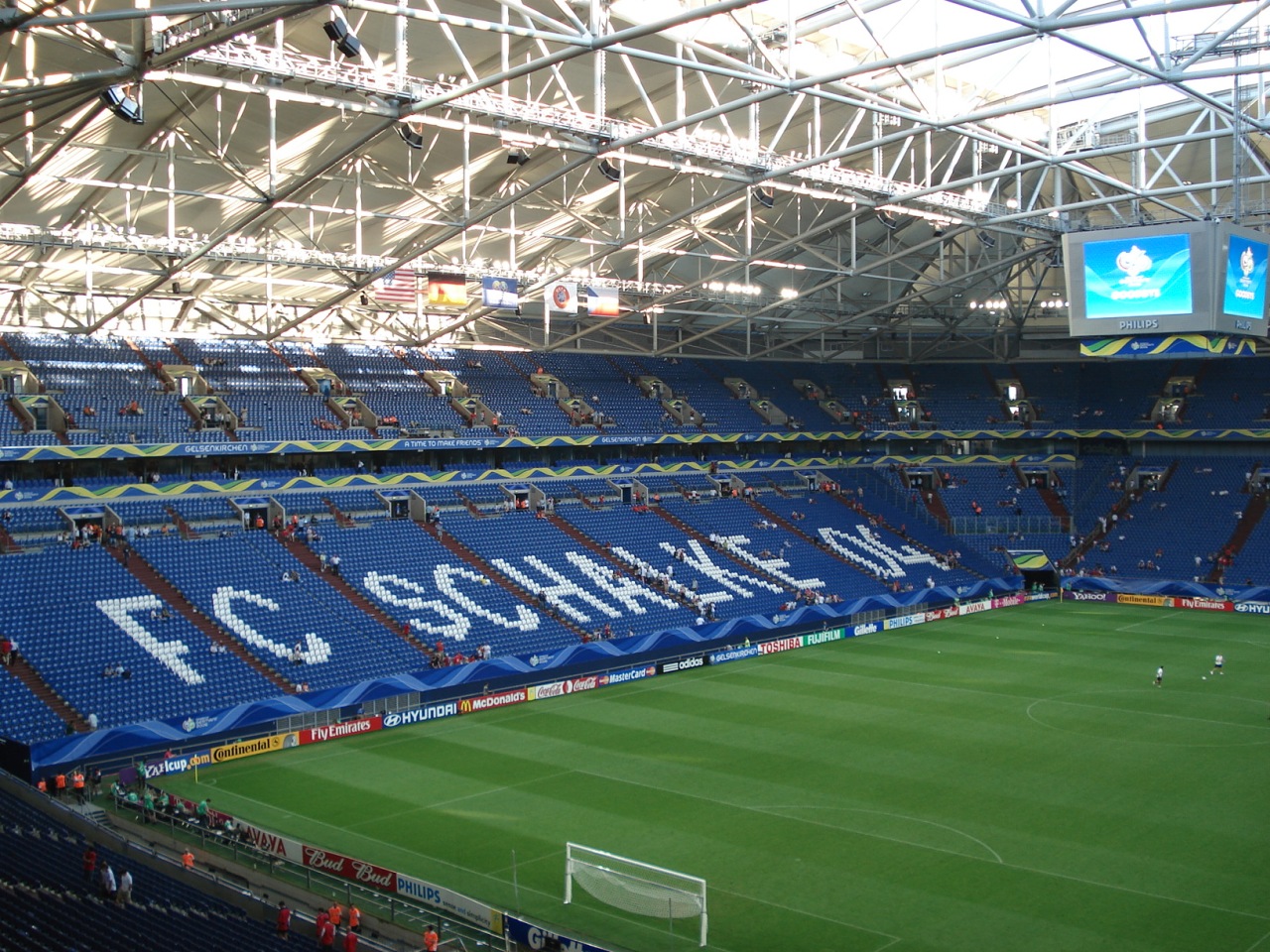