There are honestly  few footballing  sights and sounds that can compare to a packed Zyleta on a matchday, and if you ever get the chance to visit the Pepsi Arena to watch Legia Warsaw it will be an experience that wont let you down. If you happen to chance upon this blog every once in a while you may recall one of my previous excursions to the Polish capital, and in particular one of my visits to the Stadion Polskiego to see Legia play. Its a footballing experience that I would put right up there alongside some of Europe’s finest, and that’s due in no small part to the role that Zyleta (Legia Ultras) play in creating such a unique atmosphere.

My now annual Easter escape to Warsaw to visit family is always preceded by a cheeky check of the Ekstraklasa fixture list to see if I can sneak in a game of ‘pilka nosna’ whilst I’m there! If Legia aren’t at home,  I’ll now habitually scan further down the Polish football league pyramid looking for another footballing fix! Legionovia of the 3rd division and Polonia Warsaw of the 4th division provide respectable offerings for plan B and plan C if they are ever needed! This Easter though, Plan A was all that was required as Legia were playing at home against struggling side Piast Gliwice on the Saturday night. Not a massive game on paper, but it did’nt need to be to get me out the house!

Since returning from the winter break Legia’s form had been on the slide with only two wins in 6 games. Their closest rivals Lech Poznan who had defeated Legia the weekend before had capitalised on their drop in form and closed the gap at the top to just 3 points. This was a game that demanded 3 points.

The late 8.30pm kick off on Easter Saturday combined with  freezing cold conditions seemed to have an impact on the gate. Only 11,000 turned up for this one, and most of those that did were stood dressed in white behind the goal on the infamous Zyleta stand.

If Borussia Dortmund’s famous Sudtribune has earned the nickname ‘Yellow Wall’ – then fans standing on the Zyleta should be called the ‘White wall’, such is the level of noise and co-ordinated support for their team. It’s a truly impressive array of sights and sounds, and thats from a two tiered stand holding  5,000 rather than the ridiculously sized Subtribune that houses 25,000 of Dortmund’s finest.

During one particular routine, which sees the Zyleta  chanting  whilst jumping up and down in a unison, you can actually feel the stadium shaking and vibrating beneath your feet. There is a video clip below that captures this.

Whilst I have often been ‘forced’ to take in whatever the fixture list serves up at Easter, if you get the chance try and get yourself out for a game against one of the bigger sides in Polish football.  The visits of sides such Lech Poznan, Wislaw Krakow, and Slask Wroclaw tend to draw bigger crowds,  even more raucous atmospheres, and the very best out of the Zyleta. With Ryanair flights to Warsaw Modlin regularly priced at £50 return and match tickets priced between £10-15 a unique footballing weekend in Poland awaits you!

If you are interested in further details about the Legia Warsaw experience, you can review some of my previous articles from matches against Ruch Chorzow in the Ekstraklasa (click here) and Lazio in the Europa League (click here).

Please check out the photo’s and video clips below: 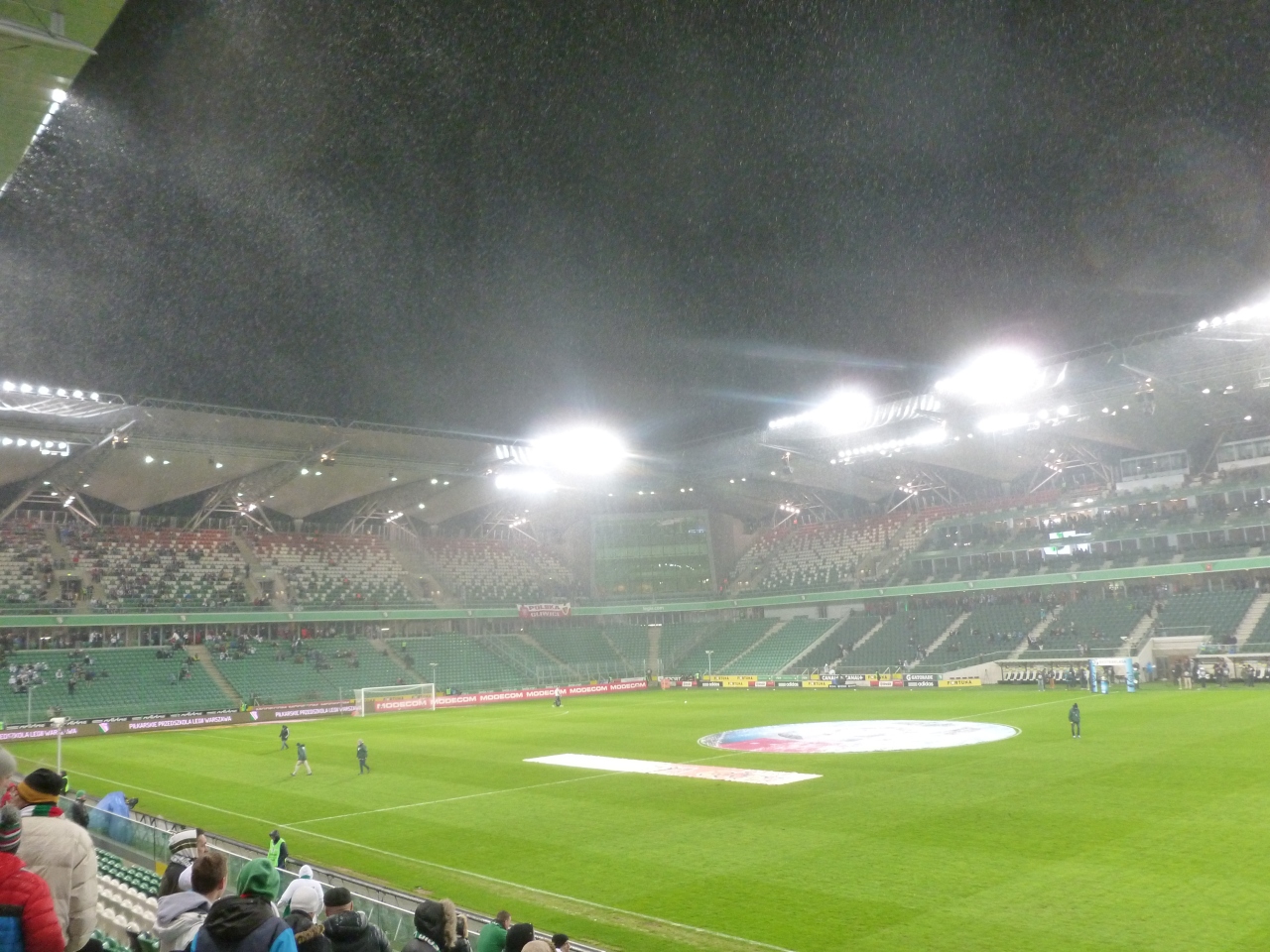 Snowfall at Easter…..Freezing cold and a half empty stadium… 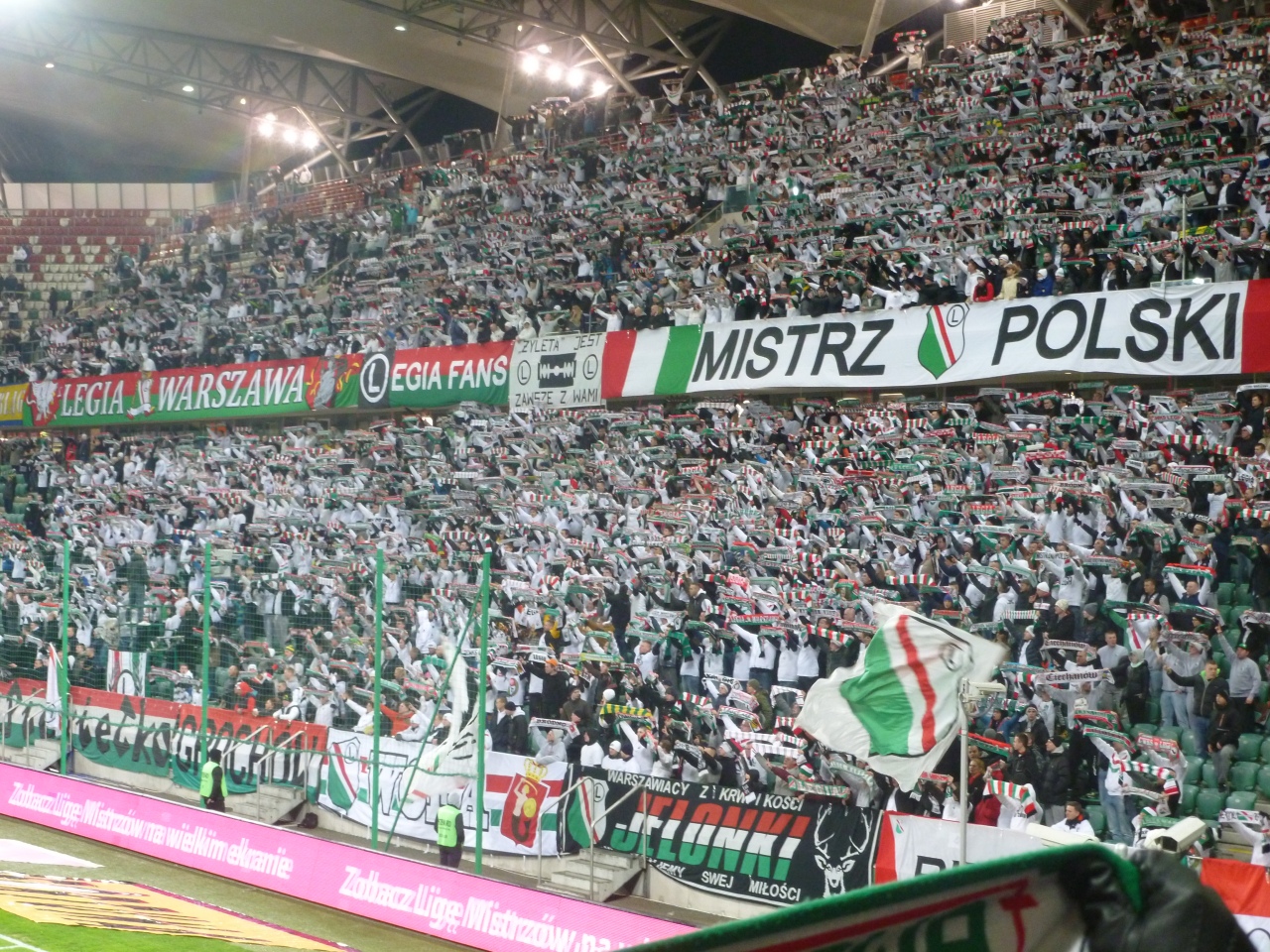 The Zyleta in full voice… 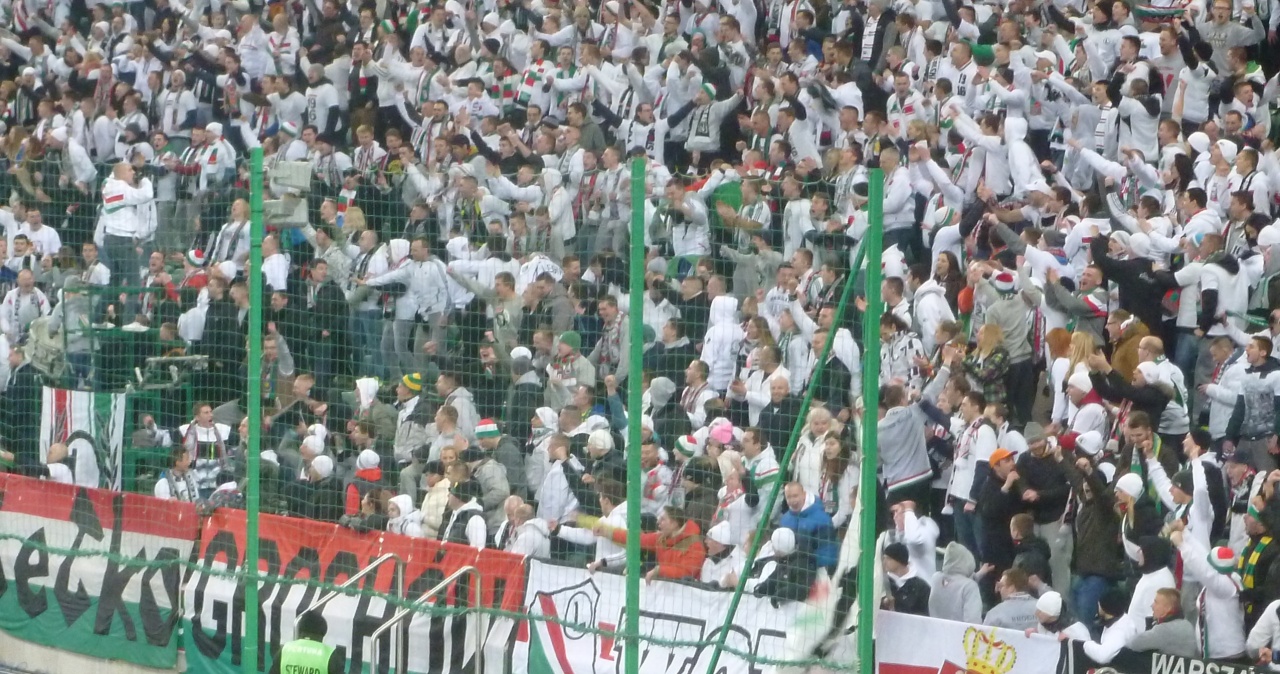 The Legia Capo putting a shift in!… 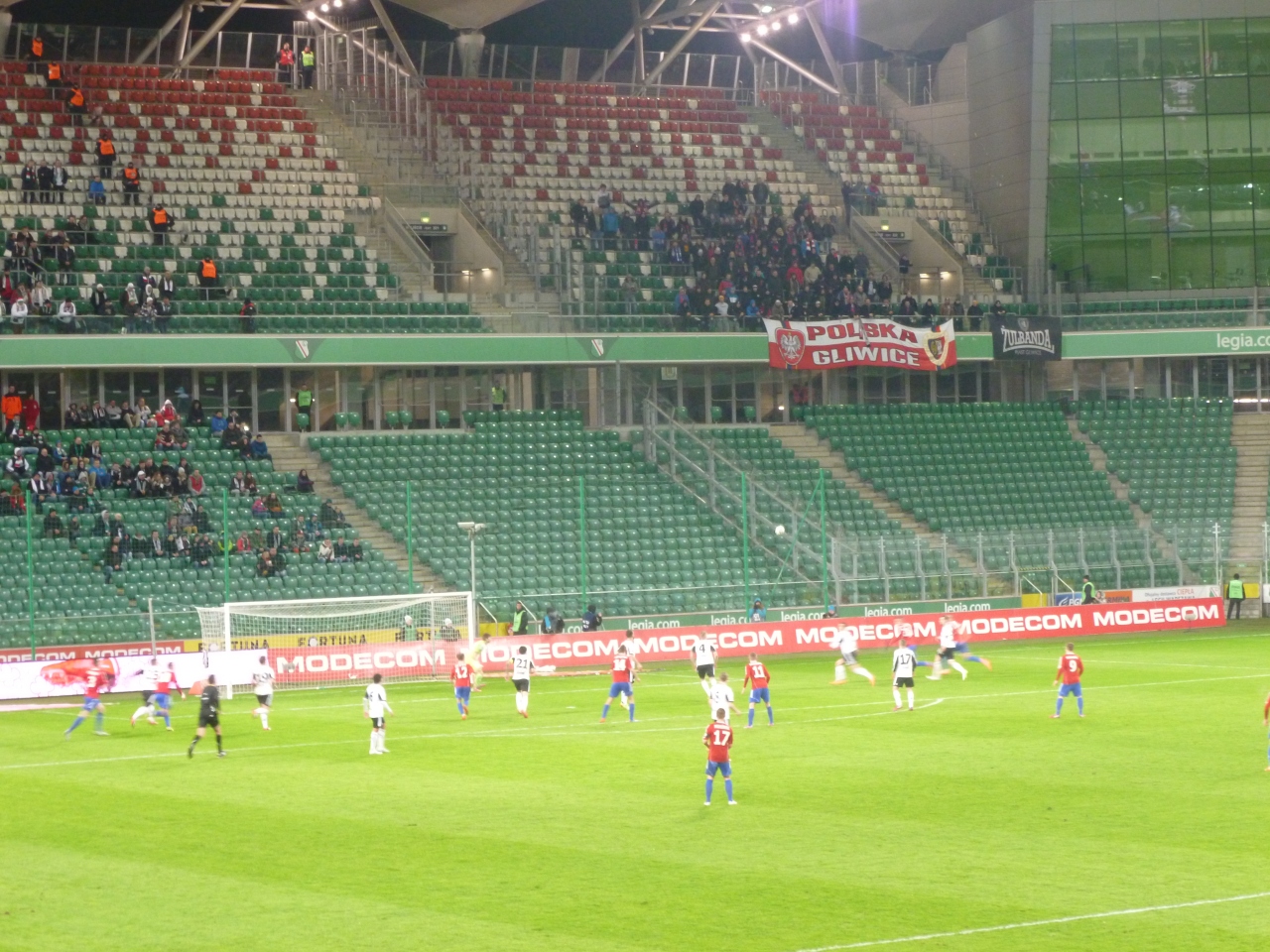