The heart-warming story of how football fans from across the globe came together to save a Spanish football club, Real Oviedo. After securing promotion back to the Segunda Division, guest writer Joe Badcock looks back at their remarkable journey from the brink of extinction….

Real Oviedo is a football club like no other, a club that almost died due to financial problems but was saved by supporters, a city and a global football community. The story behind Oviedo’s financial problems is a complex one, and after 13 consecutive seasons in the top flight, their relegation from La Liga to the Segunda Division in 2001 signalled the first signs of ‘mismanagement’ cracks appearing at the club. Their financial battles had begun, but there was the added complication of political indifference, the club’s president and the city’s mayor represented opposite sides of the political spectrum.

Another relegation from the second division followed in 2003 along with an administrative relegation for failure to pay the players. The club dropped down into the Tercera division, the fourth tier of Spanish football, and one club member said that all that was left was to sign the club’s death warrant. However there was a reprieve, and a substitute club called Oviedo AFC was set up and plans to take the Estadio Carlos Tartiere stadium away were made. But instead of killing the club it acted as a reawakening, and fans pulled together to save their club by protesting and raising money, a movement known back then as ‘Espíritu 2003’ (The spirit of 2003). 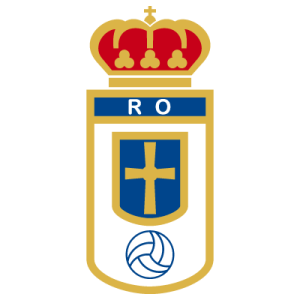 In 2005 the club won promotion from the Tercera division to the Segunda B in front of 25,000 fans. It is notoriously hard to escape the Segunda B, where four divisions funnel into one and a perfect season can be destroyed in one game. Unfortunately for Oviedo they could not escape the division losing out in the play-offs. The club remained in trouble financially, and from 2005 to 2012 their financial problems grew bigger and bigger. In 2006 Alberto González took a controlling share in the club. Although he proved to be more of a problem than a positive, he refused to be pushed out by the club. That was until he was charged with tax evasion, and disappeared to either Cuba or Panama taking a lot of the money with him. Gonzalez’s shares were frozen and a new five man board took over, which enabled the club to be put back into the hands of the people who generally care about the club, the fans.

Severe economic troubles continued into the 2012-13 season and Oviedo were on the verge of going out of business. They had until 17th November 2012 to raise €1.9 million in order to prevent the club from closure. €2.5 million was required to make it through to the end of the season, and €4 million to secure the club’s foreseeable future.

To support the fundraising efforts, the club decided to sell shares priced at just €10.75 (£8) per share. But would this really make an impact? Internally they feared not, but this was the last straw. The response was unbelievable and completely unexpected. The footballing community well and truly responded, and over a two week period the club managed to sell €1.93 million worth of shares to over 20,000 people from 80 different countries. Former players Michu, Juan Mata and Santi Cazorla all promoted the campaign and brought a significant amount shares in the club themselves. Mata and Cazorla came through the youth teams at Oviedo before the hard times hit; but Michu had been at the club through the dark times, and he knew the importance of keeping his hometown club alive. The campaign grew and grew, and even attracted support from global super brand Real Madrid who brought €100,000 worth of shares as they did not want to see a fellow Spanish club die.

The shareholding scheme had remarkably rescued the club in the short term, but unbelievably longer term security was also about to be achieved. On 17 November 2012, just like a Hollywood film, the richest man in the world, Carlos Slim, invested €2 million into the club. The fans were still the majority shareholders with 40.81%, but from the verge of extinction Oviedo had now attracted a major investor who holds a 32.44% share in the club. The remaining owners are Celso González (4.16%), the council (8.4%), and Alberto González, still in hiding, has had his share cut to 12.41%. People, without knowing Oviedo or having an emotional investment in the club, had effectively saved them. Without the help of 20,000 people Real Oviedo would be no more. In return Oviedo held a supporters day to pay their respects. The Carlos Tartiere Stadium’s Gate 19 was opened in homage to them, unveiling several display panels about everything that had happened in that magical November 2012 and a beautifully decorated corner about the concept ‘Global Oviedo’.

With the club now financially stable, in early 2015 Real Oviedo appealed again to the global community in order to raise some additional funds that would take them to the next level, and help them to return from whence they came. Once again the footballing community responded, and currently a total of 50,850 people from 125 countries hold shares in Real Oviedo. More positives soon followed and on 31st May 2015 Oviedo confirmed their return to the Segunda division with a 2-1 aggregate win over Cadiz FC in the Segunda B play-offs. The headline in Spain’s El Pais newspaper said it all: “Oviedo is reborn in the bay of Cadiz.” From liquidation to promotion, it now seems that Oviedo are back on the rise and hopefully in the near future we see them back where they belong, in La Liga.

Real Oviedo walk out for their play off encounter with FC Cadiz (photo: realoviedo.es)

Oviedo fans congregate to celebrate promotion after their play off win against FC Cadiz (photo: demotix.com)